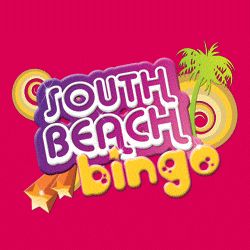 Calling all space cadets to join South Beach Bingo every Tuesday and Sunday between 7PM and 12AM EST in their interstellar Bingo Eclipse Room! This is a great chance for you to play your favourite coverall bingo games and win some out of this world prizes.

The Bingo Eclipse Room is open at South Beach Bingo

The best coverall games will be featured every hour with card costs from various rooms like in the Dollar, Fusion, Quarter, Game of Thrones and Nickel rooms! There is $7,000 to be won in the first 50 calls on the Neptune coverall, and a galaxy of heavenly cash prizes on the Uranus, Saturn, Jupiter, Mars, Venus and Mercury coveralls!

The prize breakdown is as follows:

It’s an intergalactic opportunity in the coverall cosmos!

Online Gaming is illegal in some Jurisdictions. It is your responsibility to check your local regulations before playing online. BingoOnlines takes no responsibility for your actions.